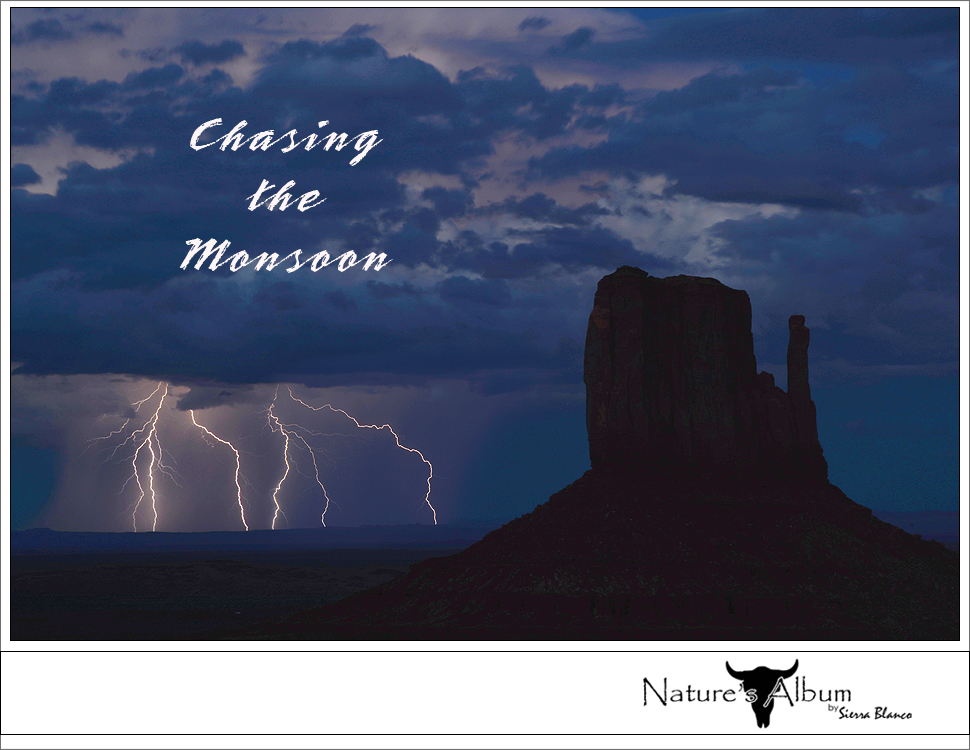 Summer in Arizona means monsoon season.  It means the end of a very long dry season.  It means the parched earth is finally quenched, the dust settles and life renews itself with the coming of life-giving rains.  It also means for a couple of brief months Mother Nature puts on a spectacular show throughout the state and we love chasing that show ... we love chasing the monsoon!  Following are some tips to help you not only chase the monsoon, but also capture its stunning beauty in photographs!

The photo above was taken at dusk in Monument Valley.  To capture the lightning bolts, the camera was placed on a tripod and the exposure was set for a stutter speed of 30 seconds to allow enough time for the lightning to strike.  It took many trys to finally get what we were hoping for.  Patience is the key with lightning because it is so unpredictable.  Be sure you stay a safe distance away from the lightning and respect its power.

The photo below was taken at Lake Pleasant near Phoenix.  If there are dramatic monsoonal clouds in the sky, be sure to hang out for a while after the sun has set.  Sometimes you will be rewarded with spectacular color, as was the case here.  On this day sunset was drab and it didn't look to be very fruitful.  About twenty minutes after the sun had set however, the sky began to light up in deep, almost blinding, shades of crimson ... well worth the wait. 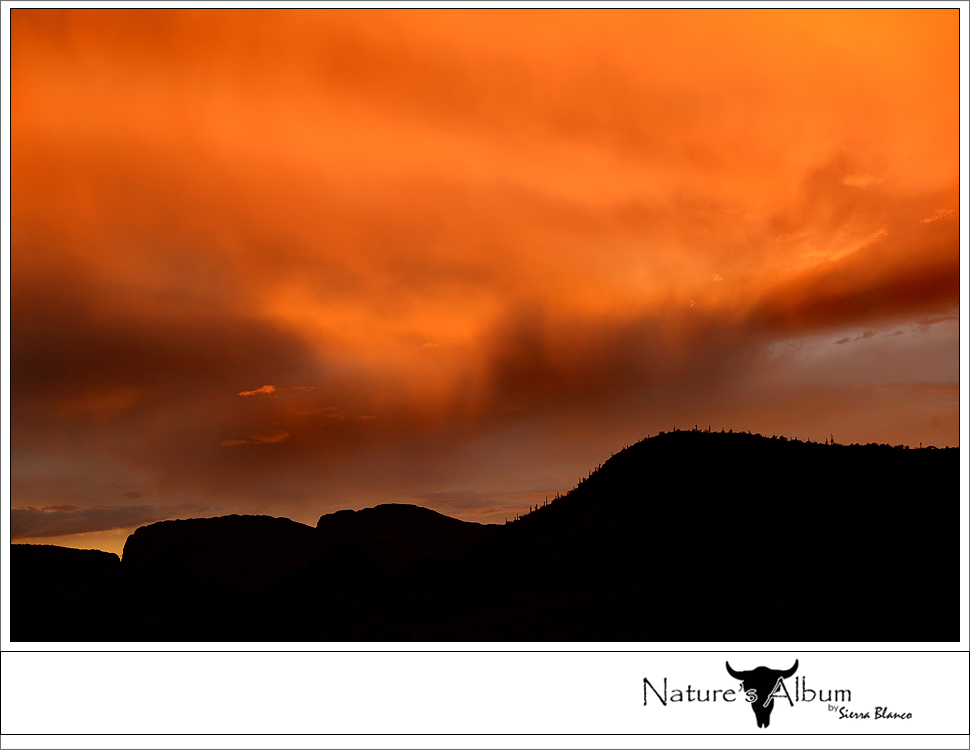 The photo below was taken near Big Lake in the White Mountains of Arizona.  The wonderful thing about living out west is the large open skies that provide wonderful views of approaching storms.  When you see a really great storm with really great clouds, make it the shining star of the image by giving it almost the entire frame.  Use a small amount of foreground to provide reference to the location but only about a tenth of the frame.  Let the storm take up the rest and become the main subject. 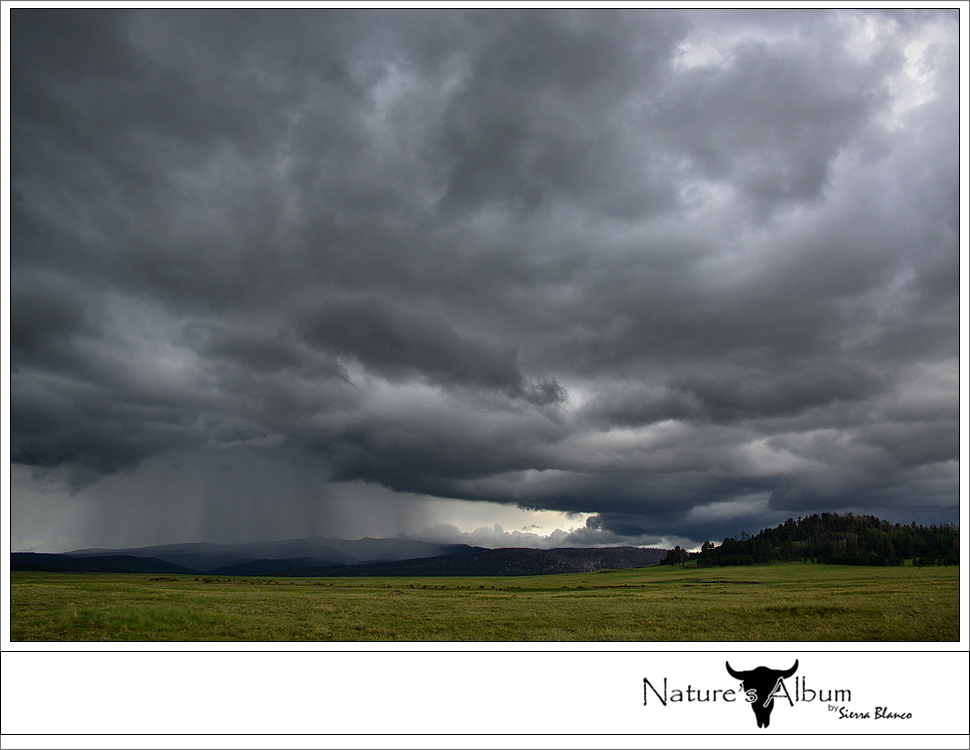 Below, a rainbow arched behind the West Mitten in Monument Valley after the passing of a monsoon storm.  Using a polarizing filter will help define and intensify the colors of the rainbow. 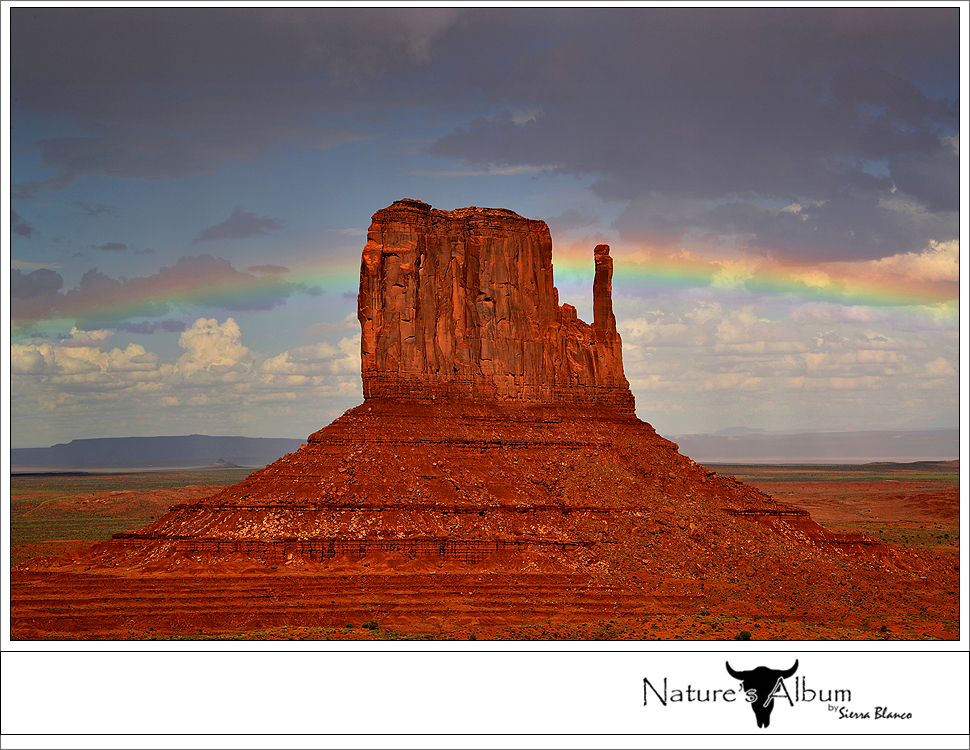 The photo below was taken in North Phoenix as a duststorm moved in.  Duststorms, also called Haboobs, are generally seen early in the monsoon before the rain has a chance to settle the dry, loose soil and can create dramatic atmospheric conditions resulting in stunning images.  You can have alerts sent to your cell phone warning of a duststorm in the area.  This is a wonderful tool to let you know that one may be approaching your area so you can be ready to photograph it when it arrives.  Do take precautions to protect your gear and yourself during one of these storms however.  A duststorm after all is just that, a large wall of quickly advancing dust driven forward by powerful winds.  Cover your camera with a bag or raingear made especially for cameras and be careful not to stand too close to any large trees as they have been known to blow over during these types of storms.  Also be sure to cover your mouth and nose and consider using some sort of protective eyewear.  Once everything is protected, shoot away! 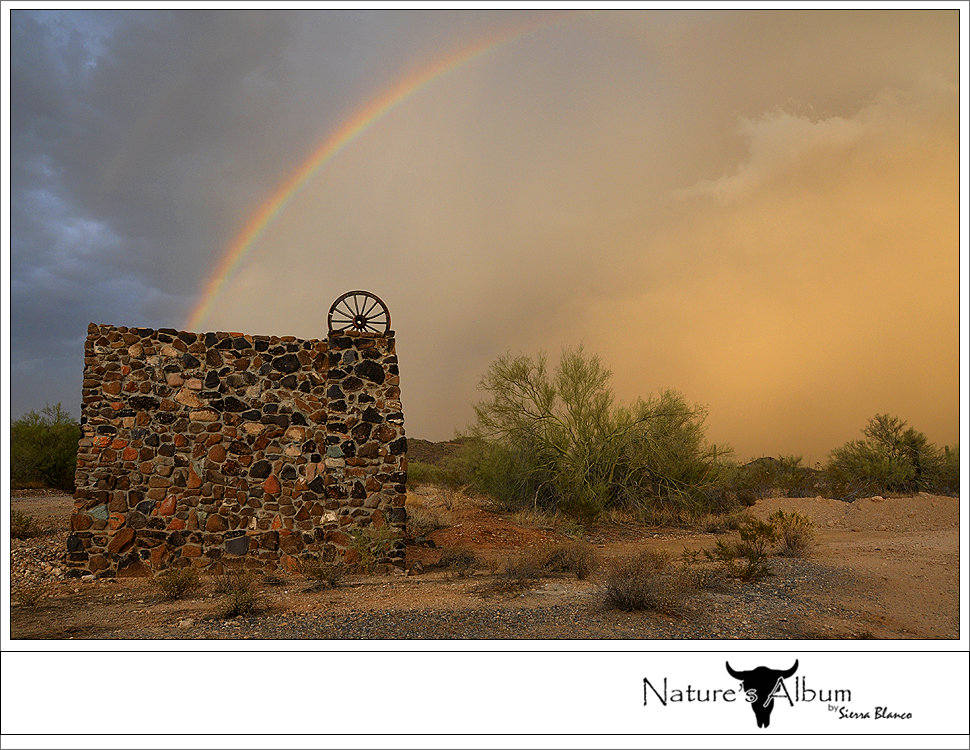 Our goal in the photo below was to capture a bolt of lightning during a monsoon storm at night.  We chose a nice saguaro facing in the direction of the storm to use as the main foreground element in the image and then placed the shutter on bulb to leave it open until lightning struck.  To add a little depth to the image try using a flash to "pop" light onto the main subject like we did to the saguaro cactus in this photo.  A great aid in tracking where strong, lightning-producing storms may be in your area is to follow the live radars available on all local news station's websites. 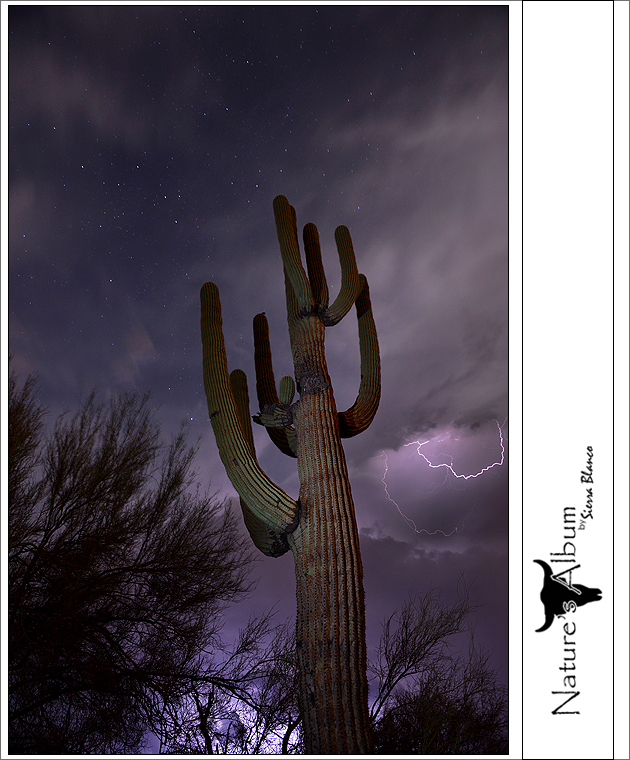 This photo was taken at sunset in Monument Valley.  Capturing lightning during daylight is more difficult than at night because you don't have the option of leaving the shutter open for long lengths of time like you do when it is dark.  For those who are serious about wanting to photograph lightning at any time of day, a good lightning trigger is a sound investment.  When attached to the camera the device automatically triggers the shutter when it senses bright flashes of light. 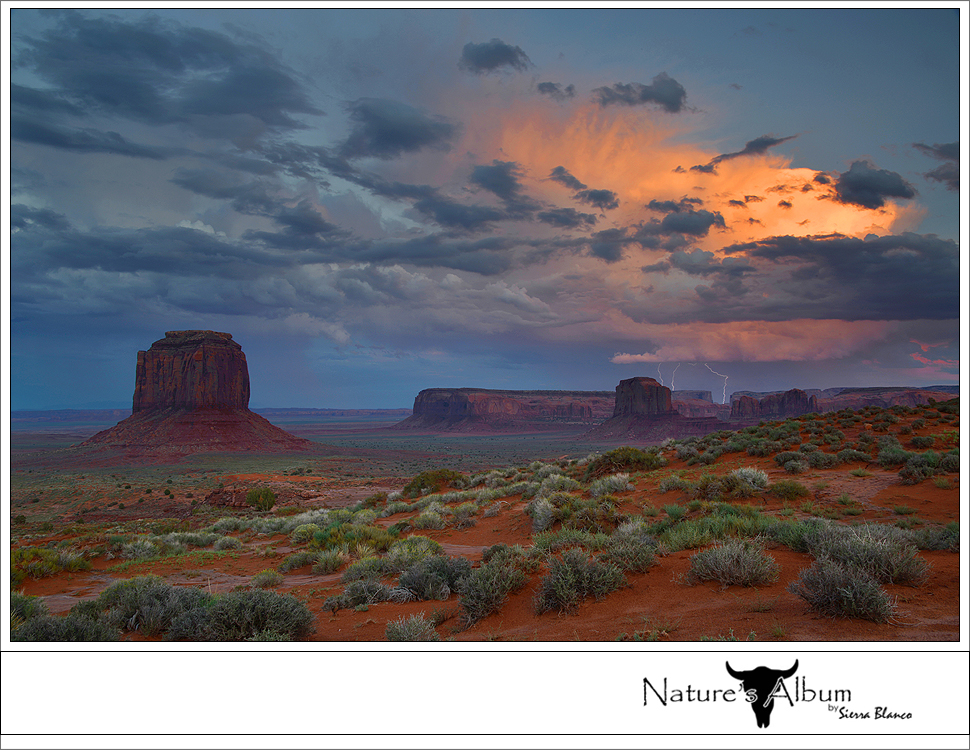 Always keep your camera handy during monsoon season, especially when driving around.  Monsoons are often spotty in nature and where one location may be bone dry another location twenty minutes drive down the road may be experiencing a severe storm.  This was the case in the photo below.  Driving along the interstate from Flagstaff to Phoenix, we encountered this gorgeous rain storm shrouding the distant mountains at sunset.  The resulting image was definitely worth the unexpected stop. 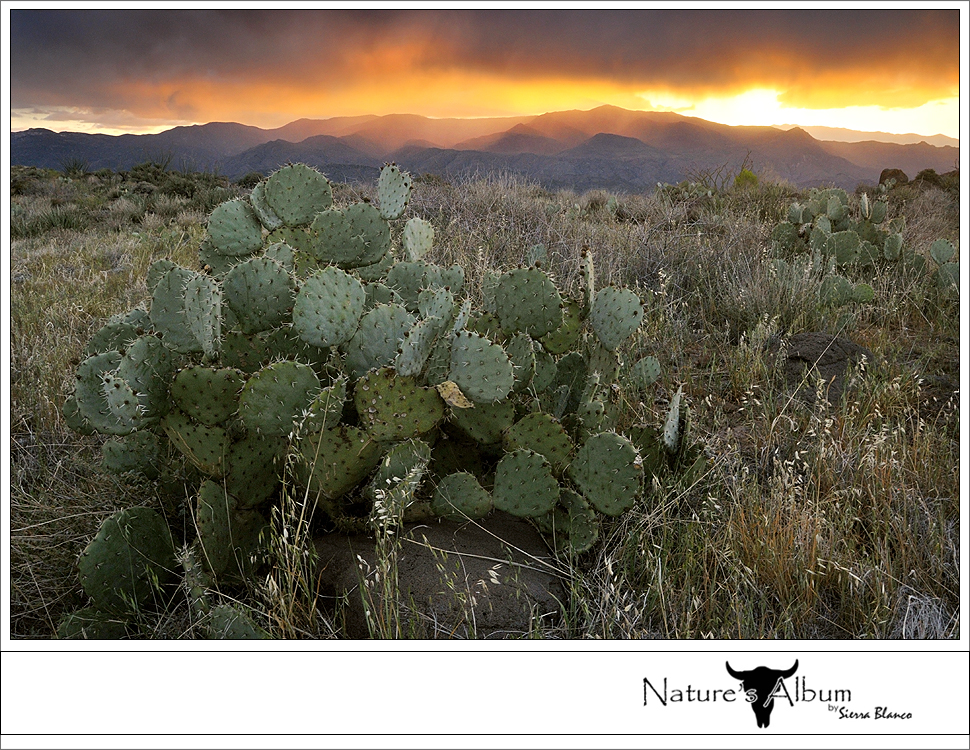 When a monsoon storm is approaching, often the winds in advance of it are gusty.  Try using a slow shutter speed with a foreground element like tall grasses or wildflowers to create a sense of movement.  This will give the viewer a stronger feeling of the storm's power in the final image.  The shot below, taken on Escudilla Mountain in the White Mountains, was photographed this way using a shutter speed of 1/40 second to lightly blur the motion of the wildflowers and grasses swaying in the wind. 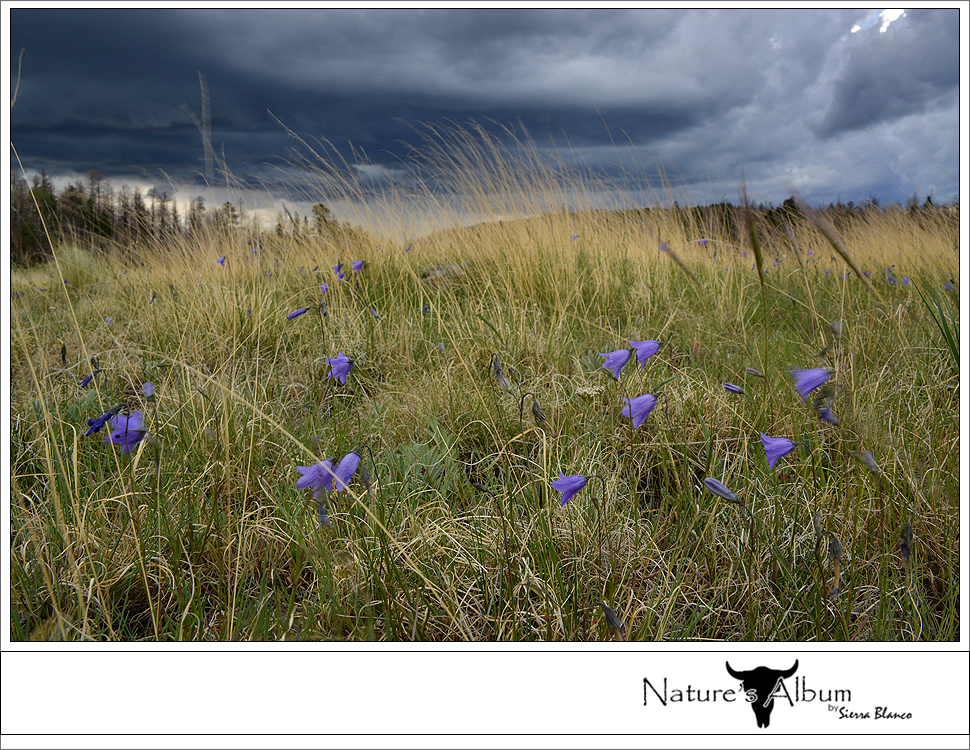 Look for dramatic light breaking through gaps in the clouds and "spotlighting" certain areas of the landscape against dark, menacing skies.  This looks particularly good in the late afternoon when the light is a rich, brilliant gold and the skies appear to be a deep slate color, as in the case of the two photos below. 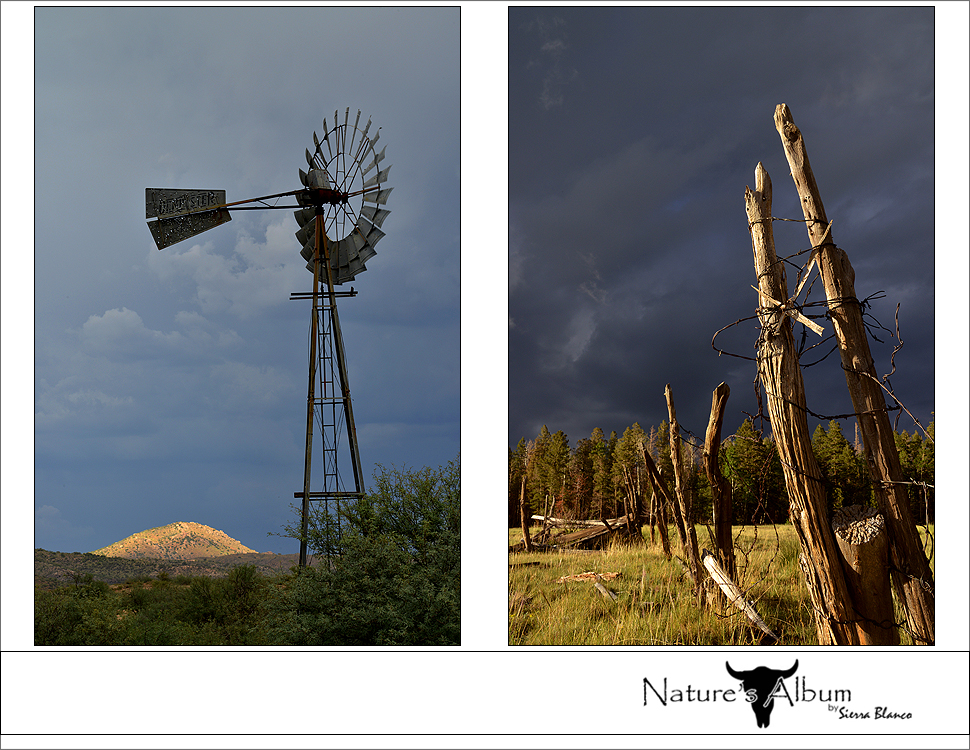 One of the best things about the west and its monsoons is it offers us the ability to witness and photograph some of the most spectacular sunsets on earth.  Case in point, the photograph below taken in the Superstition Wilderness.  This photo was made during the monsoons shortly after I moved to Arizona in 2002 and to this day it remains one of the most mesmerizing susets I have ever laid eyes on anywhere in the world!  Now get out there and enjoy chasing the monsoon! 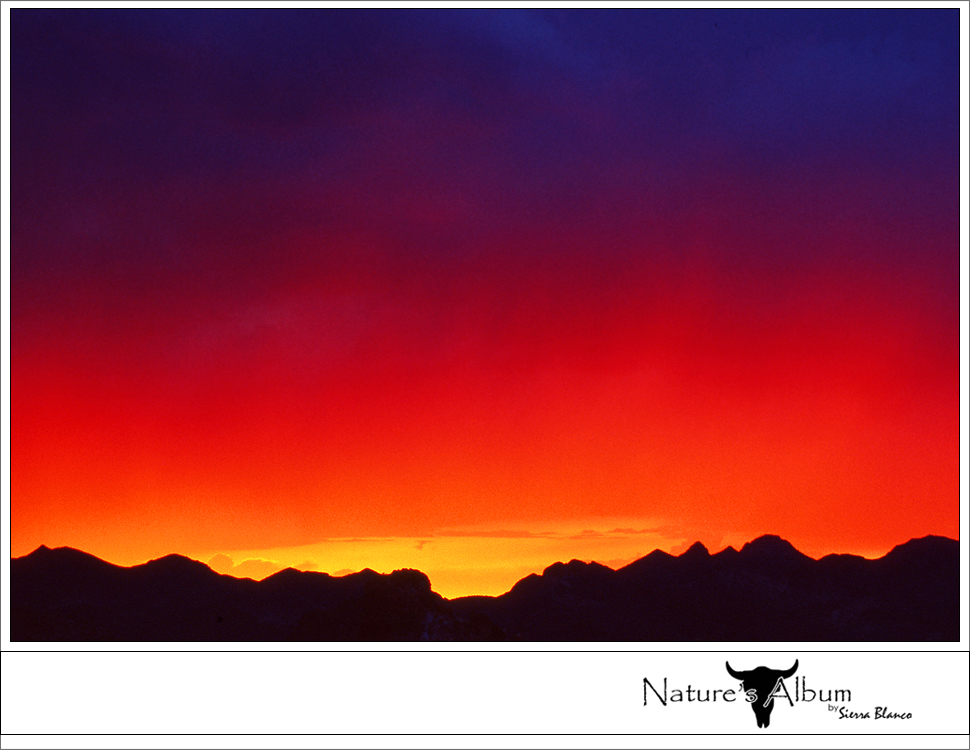